Our History of Innovation

Micron started as a four-person semiconductor design company in the basement of a Boise, Idaho dental office. Micron’s first contract was for the design of a 64K memory chip for Mostek Corporation.

While not the first company to make 64K DRAM, Micron’s engineers created a newer, smaller version that was lauded as the smallest 64K DRAM design in the world. This innovative design led to high-volume manufacturing of the company’s first 64K product in 1981.

Micron’s 64K DRAM was the first product manufactured at the company’s newly completed fabrication facility in Boise, Idaho. Micron sold its 64K DRAM into many of the first mass-produced personal computers, including the Commodore 64 home computer.

In addition to being introduced as the world’s smallest 256K DRAM die, this chip also represented an industry milestone in DRAM density. By using bigger and easier-to-read memory cells, the 256K DRAM was a springboard to future efficiency and profitability for the young memory startup.

A milestone in density, the 1Mb DRAM became a staple for main memory in PCs and graphics cards during the late 1980s and 1990s. Micron’s 1Mb DRAM enabled high-capacity SIMM modules that supported PCs equipped with Microsoft’s new Windows OS.

Micron’s demonstration of the Samurai double data rate (DDR) chipset proved that DDR memory could deliver performance equivalent to the competing Direct RDRAM solution, but at a much lower cost. Ultimately, DDR would become the undisputed industry-standard interface for high-performance DRAM.

Micron’s 1Gb DDR was built on the most advanced process technology in the world (110nm), outpacing semiconductor giants Intel and AMD who were still on 130nm. This chip established Micron as the memory industry leader in both density and interface performance.

Micron’s entry into image sensors established the company as an innovator capable of making CMOS technology with image quality rivaling charge coupled device (CCD) sensors. Today, CMOS sensors are the standard in digital cameras of all types, from smartphones to high-end professional gear.

This internally-developed tester is used exclusively by Micron to increase DRAM test throughput and accuracy. Micron continues to evolve this tester platform to meet new and future memory standards.

Micron’s 16GB DDR2 module served the fast-growing server memory footprint of the 2000s as the rise of virtualization technology packed multiple applications onto single servers. These high-density server modules are a trend that continues today.

Pitch-doubling was introduced as a lithography technique for increasing bit density without a lithography change. This method involved the separation of bit lines into first and second metal layers, allowing Micron to deliver a 16Gb MLC device on existing 50nm technology.

Originally designed for networking, this high-performance DRAM quickly became the solution of choice for an unexpected application: DLP-based TVs and projectors. While density has increased over time, reduced latency DRAM remains a staple in networking applications today.

At the time of launch, the C300 was the industry’s fastest SSD for notebook and desktop PCs. With support for the SATA III interface, this SSD delivered 6 Gb/s which significantly boosted throughput speeds for data transfers, application loads and boot times.

This 128Gb MLC memory could store 1Tb of data in a single fingertip-size package with just eight die, setting a new storage benchmark. Additionally, this memory was the first to use an innovative planar cell structure that overcame the scaling constraints of standard floating-gate NAND.

Hybrid Memory Cube (HMC) is a revolutionary DRAM architecture that combines high-speed logic with a stack of memory die using through-silicon via (TSV) technology. Learnings from HMC continue to be applied towards future, emerging memory technologies.

DDR3L-RS memory established a new category of “reduced-power” DRAM solutions, enabling longer battery life for a new generation of high-performance, ultrathin devices like laptops, tablets, and Ultrabook systems.
*Ultrabook is a trademark of Intel Corporation or its subsidiaries in the U.S. and/or other countries. 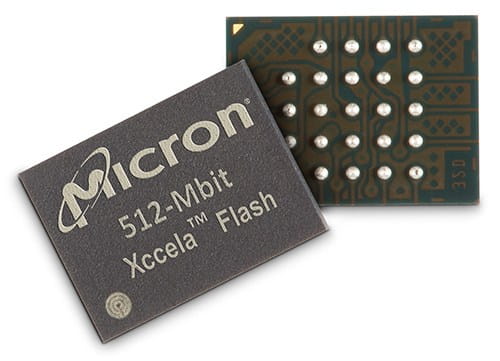 The creation of the Xcella™ industry consortium helped to accelerate adoption of the Xccela Bus Interface, a new type of high-performance digital interconnect suitable for both volatile and non-volatile memories. 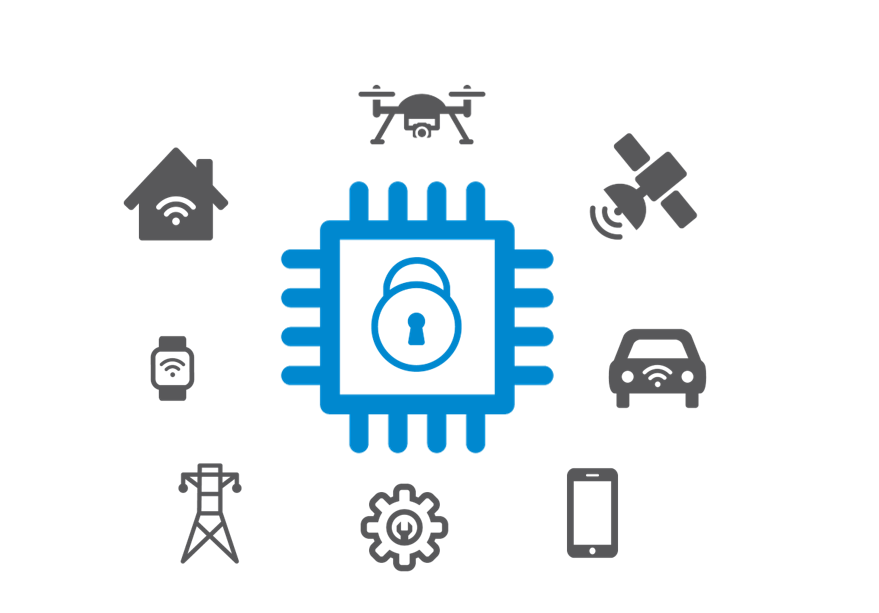 Micron increased the density of its DDR4 NVDIMMs to 32GB, doubling the capacity of previous solutions. NVDIMMs, also known as persistent memory, can permanently store data in DRAM even after a power loss. The Micron 32GB NVDIMM-N module provides both high-capacity and very fast throughput.

GDDR6X is the world’s fastest discrete graphics memory solution, which is the first to power system bandwidth up to 1 terabyte per second (TB/s). The multilevel signaling innovation in GDDR6X has shattered conventional bandwidth limits, clocking record-breaking speeds while accelerating performance on complex graphics workloads across next-generation gaming applications. 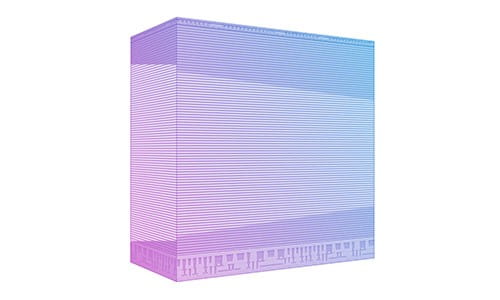 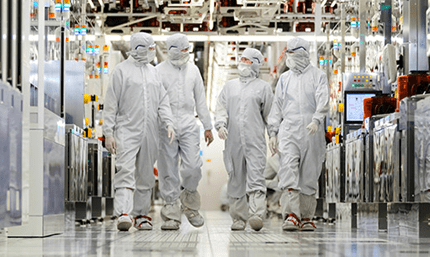 1α (1-alpha) node DRAM products are built using the world’s most advanced DRAM process technology and offer major improvements in bit density, power and performance. The applications for this new DRAM technology are extensive and far reaching — enhancing performance in everything from mobile devices to smart vehicles.

Micron began in 1978 as a four-person semiconductor design company in the basement of a Boise, Idaho, dental office. By 1980 we had broken ground on our first fabrication plant, and then just a few years later we introduced the world’s smallest 256K DRAM. In 1994, we earned a spot on the Fortune 500 and steadily grew into an industry leader through our technology innovations, key partnerships, and strategic acquisitions around the world. Check out the milestones that have made us who we are today.