Micron’s LPDDR5 DRAM addresses next-generation memory requirements for AI and 5G with a 50% increase in data access speeds and more than 20% power efficiency compared to previous generations. Micron LPDDR5 allows 5G smartphones to process data at peak speeds of up to 6.4Gbps, which is critical for preventing 5G data bottlenecks. Experts predict LPDDR5 DRAM will become the standard configuration for smartphones and other flagship devices in 2020.

The LPDDR5 ships to customers in capacities of 6GB, 8GB and 12GB and at data speeds of 5.5Gbps and 6.4Gbps. In the first half of calendar 2020, Micron LPDDR5 will also be available in a UFS-based multichip package (uMCP5) that extends battery life. 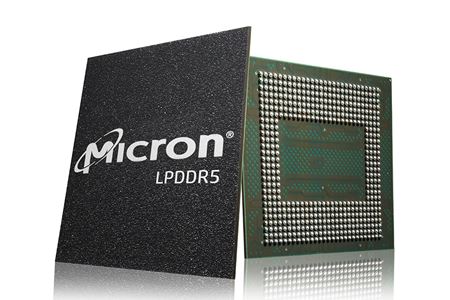