Micron is focused on championing the rights and dignity of our employees as well as those in our communities, which is why Micron celebrates Pride Month. Observation of Pride Month is an opportunity for all employees to learn more about social justice issues, celebrate LGBTQ+ history and experiences, and lift the voices of this community. A shared understanding is key to creating a workplace for all.

Sanjay Mehrotra, president and CEO, joined other Idaho company CEOs to take a stand on respect and inclusion this Pride Month. Micron believes inclusive policies create a better working and business environment, which includes policies that prohibit discrimination and harassment, provide inclusive benefits to same-sex spouses, domestic partners and people who are transgender, as well as participation in philanthropic support of LBGTQ+ organizations. A recent U.S. Chamber of Commerce Foundation study found that from small, private companies to multinational, publicly owned corporations, fostering a culture that leverages acceptance and growth of all team members is critical to driving better business outcomes.

Micron buildings across the globe in Boise, Folsom, Italy, Lehi, Longmont, Manassas and San Jose proudly displayed Pride lights all month. This was our way of showing that Micron takes a bold stand against injustice. In early June, employees gathered around flag poles — from Asia to Europe and the United States —to raise the rainbow flag of Pride colors in celebration. 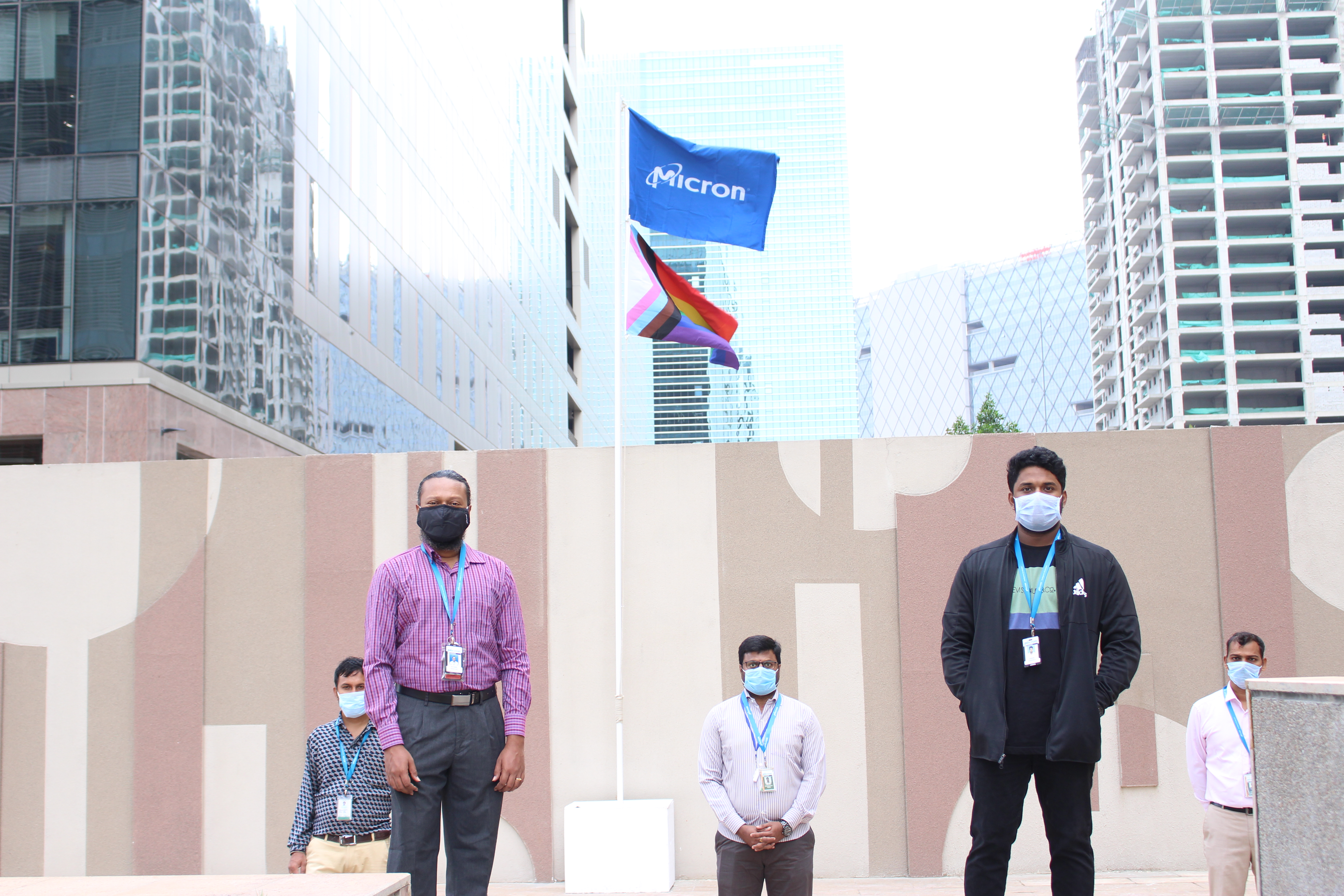 PRIDE+Allies also partnered with Micron’s Diversity, Equality and Inclusion team to host a panel with parents of transgender youth. The panelists shared their stories of learning how to best support their children on their individual journeys. In April, Micron joined 73 other companies (up to 143 as of July 8) in signing on to the Human Rights Campaign’s (HRC) Business Statement on Anti-LGBTQ State Legislation, voicing our clear opposition to harmful legislation aimed at restricting the access of people who are LGBTQ+ to opportunities available to others in our society. We have also joined Out & Equal, the premier organization working exclusively on LGBTQ workplace equality.

Micron will continue to champion the rights and dignity of our team members — both in our policies and work culture and as an advocate in our communities.

Micron’s Xi’an facility is back to operating at full capacity. Micron remains in full compliance with the Xi’an Government’s city closure, which took effect on Dec. 23, 2021. Our top priority remains the health and safety of our team members, contractors and the broader Xi’an community.
Read more >

Lessons in Inclusion From a Disability Advocate