Through COVID-19, Micron Ventures has invested in AI and machine learning startups driving transformative industrial value. Today more than ever, we’re investing in teams that embody qualities we believe define startup success. These teams are:

If this is you, let’s talk.

Focus in a time of massive change

Lesson learned — it’s really, really easy to get distracted during a pandemic. Opinions are louder. Anxiety is higher. There are so many unknowns and so many places to look, spend time and guess.

In the early days of my startup, Humphrey Polanen, an awesome advisor, described me “like a kitten, batting at anything shiny.” Especially during a startup’s early stages, potential avenues that a founding team can decide to walk are seemingly limitless, and the temptation is extremely strong to derisk the future by following multiple avenues simultaneously.

Focus. Clarify your vision. Align and guide your team in a coordinated effort, despite the noise around you.

The team behind our recent investment, Nexar, embodies the value of focus. Struggles of the automotive industry today are well known and documented: The pandemic has not only stopped global production and supply chains, but no one really wants or needs to buy cars right now. But the persistent focus of Bruno, Eran and their team since inception — defining permanent value in their analytics technology as it applies to urban mobility — has positioned them for continued economic growth at a time when the majority of automotive companies are struggling.

Creativity is my new buzzword

How fast can you pivot? How weird are you willing to get to sell your product? How original can you be when the world is contracting and focused on traditional core values?

The most creative teams adapt fastest to new global dynamics, and they will thrive.

We invested in READY Robotics in late 2019. This company sells expensive robotic systems to manufacturers. Now, with the pandemic, it is difficult for the most seasoned companies to sell and deliver units to new customers. But READY did two things quickly:

See problem. Create solution to problem. The more fun the solution, the better.

Startups are a grind. I don’t know of a single startup founder who can look back and say, “Wow, that was easy.”

To put the challenge in perspective, in a recent board meeting, a founder — who, along with half his staff, had COVID-19 — said, “Of all the hard things our startup has gone through, I don’t think I’d put this pandemic in the top 5.”

It’s definitely too soon to make that call, but for me, that statement epitomizes the ceaseless challenges that successful founders overcome. You can’t sit back and casually respond to what the world throws at you — because the world doesn’t give a damn if your startup succeeds or fails. We do. We have to fight for it. We have to be warriors.

Yes, they are in a crowded space. And yes, Atlas is selling to customers in emerging markets. They’re a small team — with founders sitting in their ivory tower in Palo Alto — but top to bottom, Atlas is made up of some of the leading technologists in their fields. Although they may be behind at the moment, they are so intensely committed to achieving success in their mission that I honestly believe they will stop at nothing to win.

For kicks, when we invested, I “got up in the grill” of one of their co-founders, David Lobell. It was like talking to Ivan Drago of the “Rocky” films. Drago loses in the movie, but real-world Drago beats the Italian Stallion 10 out of 10.

Warriors are scary. I’m a fan of Atlas AI.

Here’s a quick list of startups that, when I first heard of them, I thought sounded really stupid: Amazon, Facebook, Uber and Twitch. I even went so far as to tell the Twitch founder, face to face, that I thought Twitch was the dumbest thing I’d ever heard of … about 6 weeks before he sold for a billion.

My earliest lesson as a venture capitalist is that it doesn’t matter what I think; it matters what customers think. And in this universe — startups, VC — our customers are obsessed with new.

When I say we want to invest in “daredevils,” I mean we’re looking for new ideas, for people crazy enough to take a new concept and commit their lives to building that new thing, even when the world around them tells them they’re crazy.

Now, for some verticals (like semiconductor), “crazy” really would be … well, crazy. Ours is an industry built on decades of global academic and industrial collaboration. If Rodrigo and SambaNova were really crazy, they would never have raised a dime.

But for other industries, there isn’t a built-in technology edifice mandated for participation, and bold innovation — taking true risk on new tech — is there for the taking.

The value? Daredevils are usually first.

When I started at Micron Ventures, we were closing on our investment in Volocopter. My first thought: flying electric taxis, what a hideously stupid idea.

My second thought: Wait a minute. I’ve seen stupid ideas before. Does Micron like this kind of stupid? From the Volocopter website, I learned that:

This is what daredevils do: 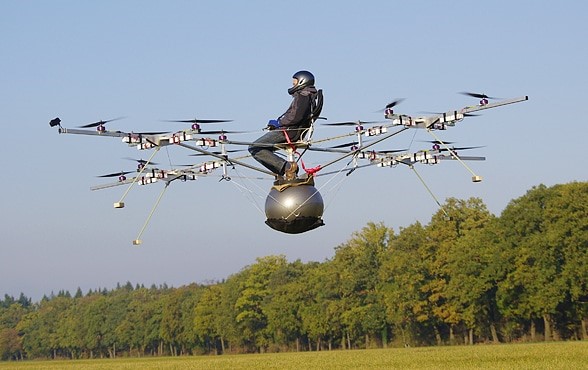 And this is what daredevils get: Volocopter extends Series C to $94M.

COVID sucks, but it’s not the end of the world. Its reshaping the world. Focused, creative warrior daredevils will reap the benefits of this reshaping.

So that’s who we’re investing in during our pandemic. 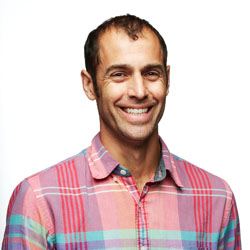 Andy is with Micron’s AI fund investing in some of the world’s top startups. He’s a recovering startup founder, writer, and solar/battery materials geek, and when he’s not thinking about technology innovation and startups, he’s probably running or doing something weird with his young’uns. And he’s big on words like “young’uns.”
Continue reading
+