Don’t toss that plastic! How artificial intelligence can improve recycling.

Recycling is near and dear to my heart, so I’m going to focus on this machine learning example. On www.bigdata-madesimple.com they showed many other examples in their May, 2019 article “Top 10 real-life example of machine learning.”

One of my jobs at home is to empty our recycling bin. We recycle everything that our local recycle accepts – newsprint, aluminum, metal cans and certain plastics. If it is on their list, we recycle it. We also don’t have to pre-sort recycling – we can put all of it in one bin (didn’t used to be that way, we used to have to separate all the recyclables).

But recyclers don’t accept everything. They might not take clay coated paper (like slick catalog covers), thinner plastics (that’s a relatively recent change) or cardboard that’s been in contact with food.

So, we (humans) decide what goes into the recycling and what doesn’t. We read the codes on plastic containers and sort them, check the paper coating (if there’s any) and sort it, look at the cardboard (and, yes) sort it. But that’s where human sorting ends. Everything into one bin that gets carted off weekly to our local recycling facility. 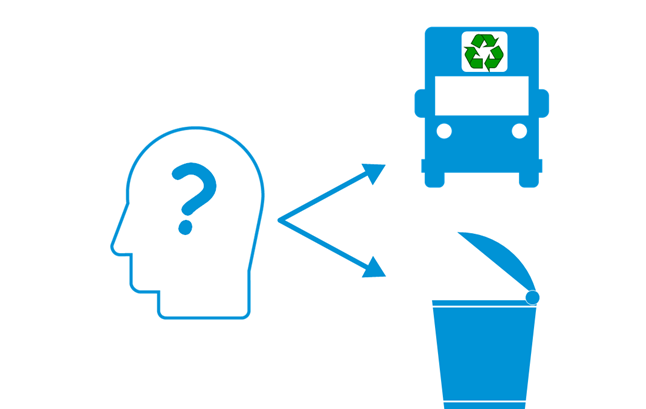 Recyclers have a much tougher job. They must quickly sort everything that comes in, and in huge volume. They have to identify then separate the diet soda can from the Sunday comics and the soup cans from the recyclable plastic from the batteries.

One way they can do this is to use a process similar to me deciding what goes into my recycling bin and what doesn’t. A human sorter (at the recycler’s) would stand near the sorting area, watching the mixed recycling and identifying a specific recyclable, pulling it from the mixed recyclables and placing it into a sorted bin. 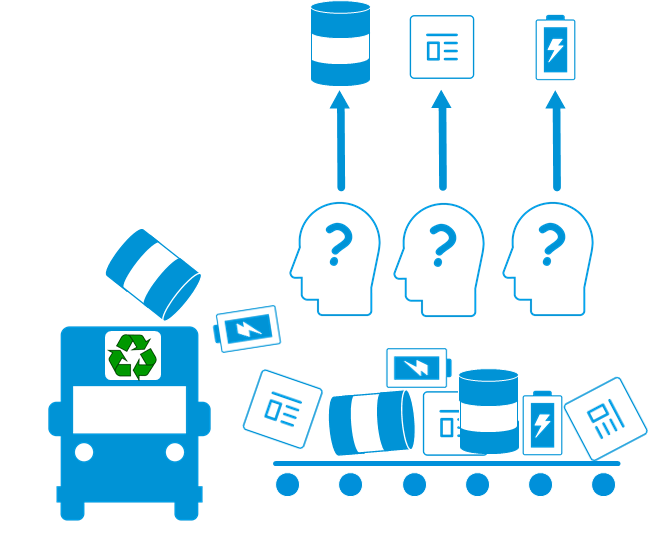 If humans (at the recycler’s facility) identify and sort their assigned recyclables into bins, imagine the challenges of scaling this when more of us recycle. How could a recycler efficiently scale with human sorters? How would they handle changes in what they accept? Do they shut down the line and train the sorting team? How about fluctuations in overall recyclable volume? What if volume tripled? These would all be tough to manage with people doing the sorting. At home it is easy – I’m only sorting for my family, I’m in no hurry and I keep the current list of accepted recyclables right near the bin.

If we could deploy AI-based, ML-trained sorters at the recycler’s, the sorting picture changes.

With an AI-based sorter, we should not have the human errors when they evaluate recyclables passing by on the sorting belt. We could have a single unbiased sorter that makes the same decisions on what goes in which bin.

What if the list of recyclables changes, of if the bins move or the sorting rules change? That becomes simpler as well – we just download an updating sorting model to our AI sorter, enabling the sorting line to get moving quickly.

What might AI-based sorters mean for large scale recycling facilities? The might mean more efficient and faster sorting with fewer errors or being more responsive to changing conditions in what’s recycled and at what value. They could mean that the recycles could scale faster, enabling us to recycle more.

Will they mean that I don’t get to sort and empty the household recycling bin? No. But! I would be happy if I could put more into that bin!

Learn more at micron.com/AI about how Micron products can help you be successful in your next AI/ML project. Stay up to date with Micron by following us on Twitter @MicronStorage and connecting with us on LinkedIn.