Our customers crave memory and storage solutions with ever increasing performance and reliability that keep power consumption and cost in check. To meet these requirements, Micron needs technical expertise and innovation of the highest caliber. These are the kind of traits embodied by Mark Helm, the fourth and newest senior fellow in Micron’s Technical Leadership Program (TLP). 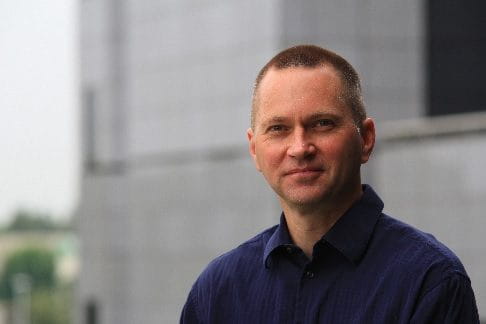 During his 22 years working at Micron, Mark has made many significant contributions to DRAM, NAND and NOR device development. Most recently, he plays an integral role in delivering Micron’s nonvolatile product innovations and is responsible for key innovations in 3D NAND flash memory devices. Mark also works hard to enrich Micron's current and future engineering talent. He mentors engineers within Micron and participates in Micron’s recruiting efforts at college campuses.

“Mark has been one of the cornerstone talents in the Micron NAND journey and has consistently been a voice of reason, innovation and constancy,” said Micron Design Engineering and Nonvolatile Memory Vice President Ramin Ghodsi. “He has successfully integrated his in-depth knowledge of NAND cell algorithm, performance and reliability into the product design world. He has also become a mentor to many design engineers, increasing their understanding and effectiveness for Micron.”

Senior fellows at Micron must perform to an extremely high level of expectations, one of which is to drive corporate-level technical objectives and strategies while mentoring others to do the same. Senior fellows must also have their technical accomplishments recognized in the industry.

Mark has been instrumental in driving Micron’s 3D NAND program into leadership position,” said Micron Vice President of Process Research and Development Naga Chandrasekaran, who is also the executive sponsor of the TLP. “With his wide background and experience in process integration, device reliability, and design engineering, Mark has contributed with significant innovations to guide Micron’s NAND program. His promotion to Senior Fellow is a recognition of Mark’s accomplishments.”

Mark joined Micron in 1993 and contributed to process integration and device development on DRAM, NOR flash and NAND flash memory devices. Since 2008, he has been with the Nonvolatile Design Engineering team, where he helped drive the transition from 2D NAND to 3D NAND.

Mark is currently responsible for creating solutions to improve the cost, performance, power and reliability of Micron’s current and future nonvolatile product offerings. He earned his bachelor’s degree in electrical engineering from the University of Wisconsin-Madison and his master’s degree in electrical engineering from Stanford University. He has authored more than 75 U.S. patents. 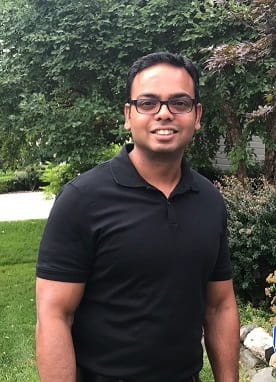 Nirmal Ramaswamy is the newest fellow in Micron’s Emerging Memory Group. Among his many accomplishments since joining Micron in 2002, Nirmal had a leading role in the invention and selection of the NAND cell technology currently in production. In his current role, he has significantly advanced the state of the art in emerging memory.

Nirmal earned a bachelor’s degree in metallurgical engineering from the Indian Institute of Technology Madras and a doctorate in materials science and engineering from Arizona State University. He holds more than 143 U.S. patents. 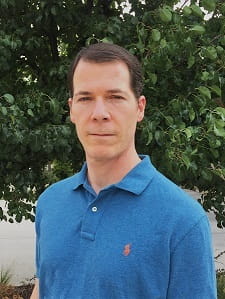 David Porter is the newest fellow in Micron’s DRAM Engineering Group. He joined Micron in 1996 and has more than 28 years of experience in the semiconductor industry. Just a few of his many achievements while at Micron include developing innovations for LPDDR4 and DDR4 DRAM designs and circuit design technology, as well as helping to define next-generation DRAM specifications. In his current role, David sets the technical direction and manages technology development activities for the senior technical staff within the Boise DRAM design team.

On behalf of the Micron TLP, I’d like to congratulate Mark, Nirmal and David on their new promotions. I’m invigorated by having these talented team members helping to drive Micron’s technology developments and innovations, set to further enrich life through the products we enable.