We used the same base hardware (server, CPUs and DRAM) with all three storage configurations: We found that the 5200 PRO SSDs generated far greater business throughput (NOPM) than the baseline configuration to bring more value to OLTP workloads on a Microsoft SQL Server.

More and more, OLTP platforms are moving to SSDs, and the differences between their capabilities and what we used to think of as a performance HDD configuration are greater than ever, with the legacy configuration’s 15K RPM HDDs being painfully slow in camparison. In OLTP systems, additional orders processed can represent more fulfillment or more detailed analysis — all bringing more value. 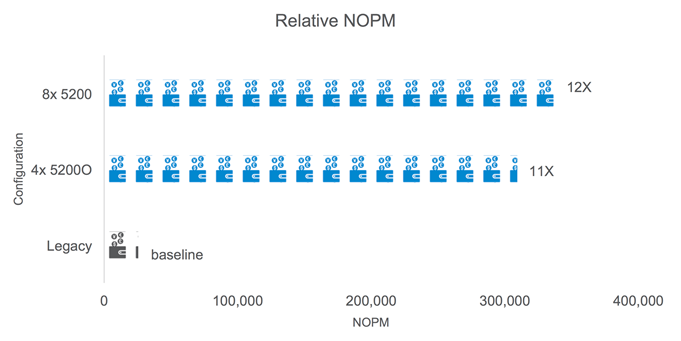 The magnitude of the difference between Enterprise SATA SSD platforms and legacy standards is evident in Figure 1, which shows each configuration’s NOPM relative to the baseline, legacy conifiguration. Figure 1 shows values measured at a system load just before the test reached a stop condition. (See the How We Tested section for stop condition details.) 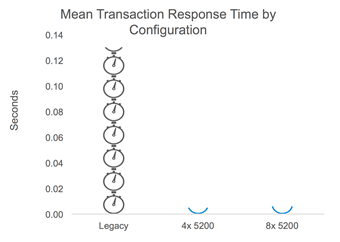 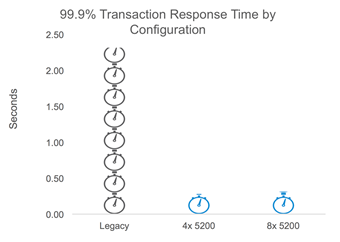 As shown in Figures 2a and 2b below, we calculated and compared the mean latency and the 99.9th percentile latency (a good indicator of latency consistency) at system load just before the test reached a stop condition (see the How We Tested section for stop condition details) for each of the three storage configurations. We used the same metrics, database and test conditions for each configuration.

The two comparisons indicate that both SSD configurations respond more quickly and more consistently than the baseline configuration. The legacy configuration shows the opposite — much higher mean transaction response time that is far less consistent.

In our testing, these SSD configurations demonstrated tremendous benefits and new capabilities for one of the most popular database management systems and most challenging workloads — Microsoft SQL Server and OLTP. Supporting far greater NOPM with lower and more consistent latency means more orders and more transactions completed faster and more consistently.

Learn more about our 5200 SATA SSD family and their transformative effect on your business at micron.com and stay up to date on what’s trending in storage by reading Micron’s Storage Blog and following us on Twitter @MicronStorage.

To ensure a fair assessment of the expected maximum NOPM of each configuration, we took a configuration-specific approach. We measured each configuration’s NOPM at the maximum load the platform could reasonably support, as opposed to comparing NOPM and latency at an arbitrary load.

Prior to testing, we established stop conditions (Tables 1 and 2). As we tested, we increased the load until the test reached a stop condition, after which we stopped increasing the load and used the NOPM and latency values recorded when we reached the stop condition.

We set the 90th percentile transaction response time to the values in Table 2, which each reflect common tolerance limits.

This section shows the test condition(s) that established each configuration’s maximum load. 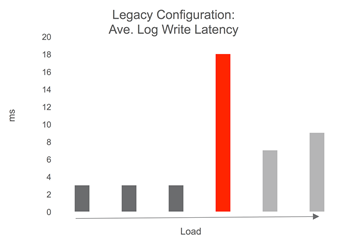 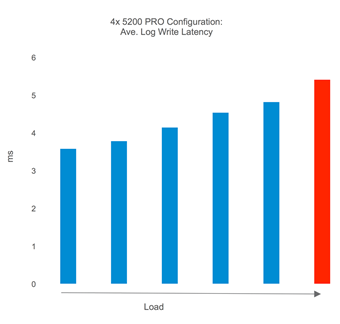 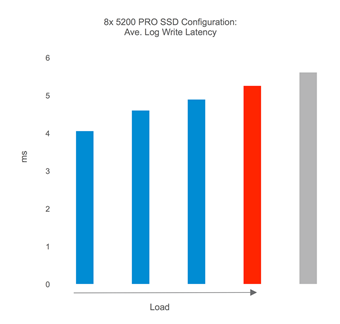