India’s countrywide lockdown on March 24 was imposed to stop the rapid spread of COVID19 and save lives. But the shutdown created a humanitarian crisis of unprecedented proportions.

About 40 million migrant day workers, who were already struggling to survive, suddenly found themselves without jobs to earn money for food or shelter, according to news reports. The suspension of all transit also prevented many from returning to their home villages or meant they had to walk hundreds of miles in the scorching tropical summer heat.

“Few homeless people were in the area before the pandemic,” Gosalia said. “The lockdown, while necessary, disrupted their incomes.”

Gosalia and his wife, Sweta, didn’t hesitate. They got cooking.

For more than two months — starting on the first night of the lockdown — they prepared and delivered food to needy strangers on the street.

Sweta Gosalia and her mother-in-law initially cooked up khichidi, a rice and lentil dish, and Gosalia helped them package it in plastic bags. Then he hopped on his motorcycle to deliver the food within about a mile radius of their home.

“During food distribution on the first day, I heard their issues and saw their challenges,” said Gosalia, whose on-the-ground experiences informed his role as leader of Micron’s nine-member COVID-19 Task Force in India. “We thought of this as our duty. Sweta gave me support and courage.”

Gosalia looked into partnering with a nongovernmental organization (NGO) that has a kitchen to mass-produce meals. But Mumbai, a city of about 18 million, has had the highest infection rate in the country. Along with businesses, hotels, community centers and other places where people gather to work and play, NGOs were also closed. Their staff and supplies were also affected.

The Gosalias’ personal efforts inspired neighbors to join them, and soon Sweta was coordinating vegetarian dinner options for the next day with several other families via a WhatsApp group. Gosalia estimates they fed up to 35 people a night, including many families with children.

Unable to secure N95 masks and gloves in Mumbai, Gosalia requested and received them from Micron India’s Environmental, Health & Safety (EHS) inventory. In addition to wearing masks and gloves and keeping a safe distance from others, he made sure to sanitize and shower after each nightly delivery.

“I also did yoga every day, especially the breathing exercises,” said Gosalia, father of two daughters, who are 6 and 3. “I also took vitamin C and zinc and ate immunity-boosting food.”

There was a spike in COVID-19 cases in early June, with more than 890 confirmed cases in a 2-mile radius of his apartment, Gosalia said. The lockdown became more restrictive but he was able to deliver grocery kits containing rice, lentils, salt, spices and flour to families who had access to a stove. He’s planning to deliver the kits every two to three weeks.

The situation in India continues to be difficult, as the country recorded 12,881 new COVID19 cases on June 17 — its highest single-day total, according to the Mumbai Mirror. That day, Mumbai reported 1,359 new cases and 862 deaths.

Gosalia’s efforts to help people suffering in India due to the pandemic go far beyond the food deliveries he made each night this spring. As leader of the COVID-19 Task Force for India, he’s helped direct resources where they are most needed.

Micron has donated US$1 million to relief efforts in India: $500,000 to the American Indian Foundation (AIF) for medical and community needs and $500,000 to Akshaya Patra for food security.

One terrible discovery he made while out helping in his neighborhood: People are dying of tuberculosis. He learned this from a woman who was asking for milk every day — she was caring for three children orphaned by their mother’s death.

“I was under impression that people were dying of tuberculosis 50 years ago, based on stories heard from Grandmother and, hence, was shocked that there are people who need basic support,” he said. India accounts for about 40% of the world’s tuberculosis cases.

He was heartened to see the homeless woman and others caring for the orphaned children.

“This speaks to the spirit of this city,” Gosalia said. “While there is abject poverty, there is also a strong community where people look out for each other. I was just playing a small part to give back to a city that I call home.”

Gosalia was a consultant to Micron executive management for about four months in 2019 before joining the company as a full-time employee in May that year. He’s very glad he did.

“It’s very inspiring to work for Micron and its community initiatives ⁠— especially with all the values that Micron stands for, making 37,000-plus people as one,” he said.

The "Heart of Micron" story series shares human stories about Micron team members helping others and benefiting their communities. 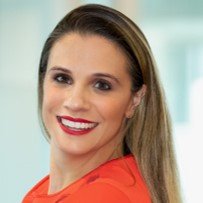