What better way to see what the next decade has in store than starting it with a dose of CES (Consumer Electronics Show) — the primary technology trade show in North America. Among its product categories is self-driving vehicles and other innovations that are critical to the automotive market. My expectations going in were high at the birth of this new decade.

The major WOW for me was the Mercedes-Benz VISION AVTR concept car. The AVTR (advanced vehicle transformation) was designed in conjunction with “Avatar” creator James Cameron. It is clearly futuristic, with a lot of “Avatar” synergies such as the ability to connect with its environment. The seats, dash and floorboard all come from new recycled materials like Dinamica® faux leather and karuun®, an innovative and sustainable material made from rattan.

The Mercedes-Benz spokesman said that, even though a lot of what we see is futuristic, Mercedes typically incorporates some features, such as battery technology, into a few new models.

The big surprise for me was Sony’s Vision-S concept car. Typically, when we think of Sony, we think of TVs, PlayStation and laptops. Not a car!

Sony said its objective was to remind us of the technology the company has. The Vision-S cockpit was an array of LCDs including the side mirror. Sony will not be making a car any time soon, but this concept car serves to promote its automotive-focused imaging technology and sensors.

I noticed a number of OEM concept cars had in-vehicle infotainment (IVI) systems, including the Audi AI:ME city car concept, the Byton M-Byte, Sony’s Vision-S, and a Chinese vehicle OEM. It will not be surprising to see this in several new car models in the coming years.

Every major auto OEM and tier-one vendor seemed to have a mobility solution. Most notably, the flying concept vehicle. This vehicle is basically a four-seater airplane called the S-AI air taxi, which is a partnership between Hyundai and Uber. Hyundai will produce the vehicle, and Uber will take care of the passenger interface. 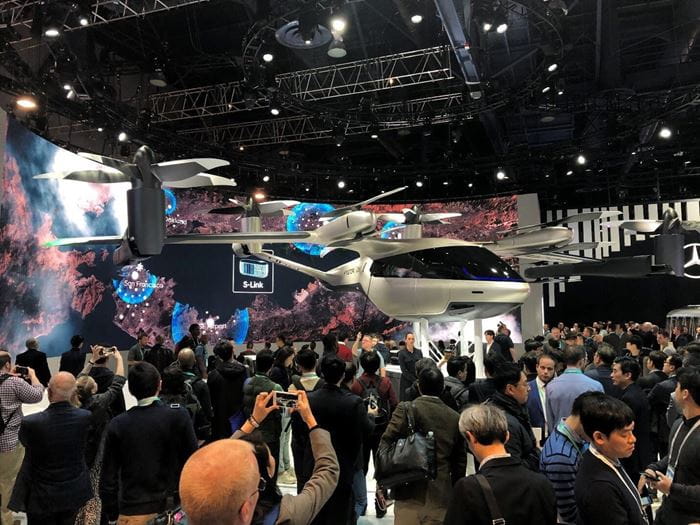 Another notable, the BMW i3 Urban Suite, demonstrated rides to your destination of choice. BMW turned the right rear passenger space into a lounge seat with a sliding footrest. The left rear seat was turned into a wood table with a desk lamp on top.

Other OEMs had little bus urban platforms, while others had solutions to refresh your clothes while you commuted.

Most OEMs had an electric vehicle (EV) on display. Amazon showed the Rivian R1T, and you had to fight the crowd to get a decent look. Fisker finally revealed its electric SUV called the Fisker Ocean. Fisker promises a range of up to 300 miles per charge, with production starting in 2021.

A large number of light detection and ranging (LIDAR) solutions were on display from multiple vendors — ranging from a traditional laser with rotating mirror (hockey puck) to solid-state implementations based on micro-electro-mechanical systems (MEMs) and optical phase array. There was a lot of focus on increasing resolution accuracy and range while reducing LIDAR cost to increase its practical use. 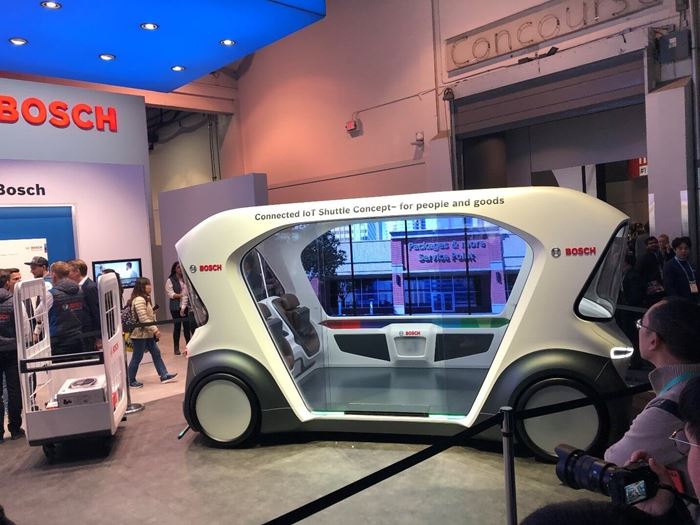 I must say, I did not feel the same buzz about level 5 (fully autonomous) driving this year as compared to prior years. The consensus from many OEMs is that the industry would be paused at level 2 (partial automation, requiring the driver to keep a hand on the steering wheel) and level 3 (conditional automation, where the driver may have to take over at any time) for some time. The expectation is that legislation and the current cost of level 5 will influence the timing and solution deployment of fully autonomous vehicles.

The automotive industry is going through remarkable change. The rich in-cabin experience, mobility solutions, electrification, artificial intelligence, autonomy and 5G mean that tremendous amounts of data are being generated and moved to enable these customer solutions and experiences. Memory is at the core of these technological revolutions. And Micron, with its complete memory portfolio, is leading the discussion with key partners to make what we see and envision a reality.

Obi Okeke is the Director of Automotive OEM at Micron’s Embedded Business Unit. He is responsible for developing and executing Micron’s automotive strategy as it applies to car manufacturers and automotive disruptors globally.  Prior to his current role, Obi was responsible for Micron automotive sales in North America. He spends his spare time biking, watching basketball and experiencing exotic dishes.

Micron and Western Digital: The Future of the National Semiconductor Technology Center

First to Market, Second to None: the World’s First 232-Layer NAND