VMworld 2018 Europe in Barcelona this November had a driving theme: Possible begins with you. Currently, virtualized computing is how enterprise IT gets done. As the leading hypervisor platform by market share, VMware® and its global VMworld™ events gather data architects and other leaders to share and showcase the most innovative virtualization products and technologies.

The event in Barcelona tallied nearly 13,000 attendees, a record for VMworld Europe, in an enthusiastic crowd that included several of us from Micron® Technology. I co-presented a breakout session, and Micron had a popular booth in the Solutions Exchange where we demonstrated our innovative uses of flash memory and storage to accelerate and help simplify operations for data centers, public clouds and hyperconverged infrastructure (HCI).

Watch the Micron and VMware breakout session on demand: Enhance your vSphere and vSAN Implementations with Persistent Memory and Solid-State Drives, presented by me and Jason Massae, Core Storage Technical Marketing Architect with VMware.

Jason began by calling out the long-lived partnership between VMware and Micron Technology, noting how we’ve built “cohesive partnering from the beginning, and validating this (flash) hardware before it gets released to any of the customers.” A historical aside from before my time: When vSAN™ was released in 2013, Micron pioneered the first all-flash vSAN (demo’d at VMworld 2014), which changed VMware’s product roadmap. Now 70% of all the world’s vSAN is done with flash. 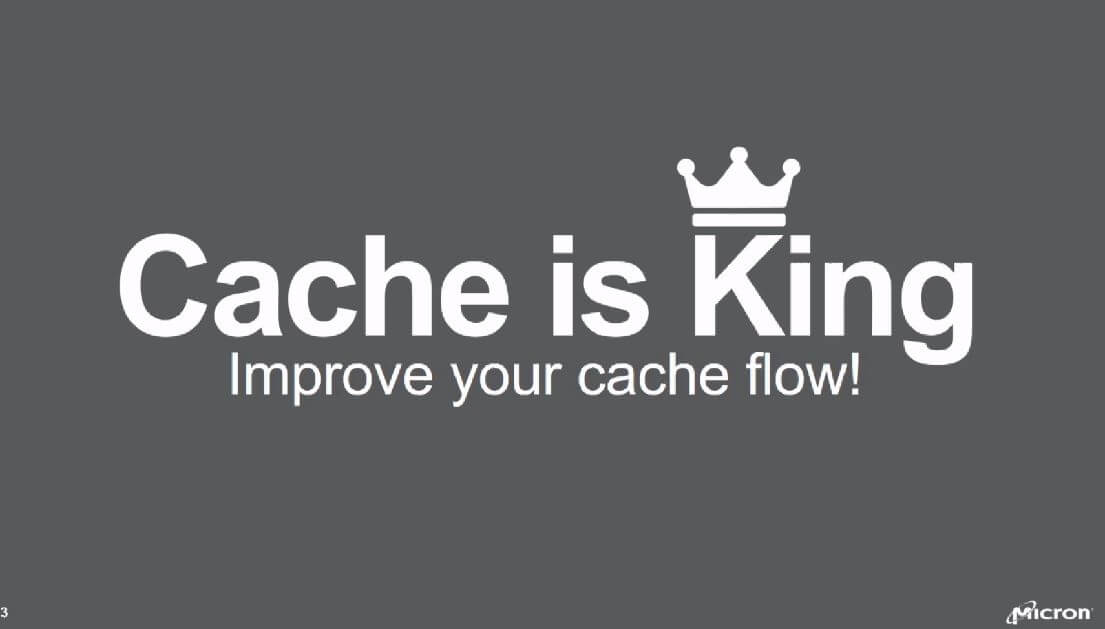 And that was borne out by the 220 attendees at our breakout session. A quick showing of hands indicated everyone there was already familiar with the benefits of all-flash vSAN. I went over a few basics: how the cache tier of all-flash vSAN absorbs all the writes (write intensive), and the capacity tier is read intensive, serving the reads. How better flash, specifically Non-volatile Memory Express™ (NVMe™), replaces the cache for 3X higher IOPS and 70% lower latency. The audience here, and many people who visited our booth, were focused on the results of our testing and SSD recommendations for vSAN, and the performance differences between NVMe and NVDIMM memory in ESXi 6.7.

It does have a lot of “cool factor.” With the release of vSphere™ 6.7, VMware now supports using persistent memory in ESXi. You just plug your NVDIMM in to your server and log in to your ESX console, and there are your NVDIMMs in the Pmem Datastore. The testing I’ve done in Micron’s customer labs is mostly based on Windows and the two Pmem modes, block and Direct Access (DAX). In particular, I’ve run the TPC-H decision-support benchmark testing scenario using SQLServer 2016, on a Micron-developed custom Python tool. We executed the 26 queries in random order, with our Micron 380GB NVDIMMs handling all the writes and four Micron ION 5210 QLC SSDs handling all the reads, and we saw completion times that were about 13% quicker. (watch video for full stats)

How was your VMworld experience? For more info, watch the full video and download our slide deck at the VMworld Europe library. Also check out Micron’s reference architecture for VMware vSAN 6.7 ready nodes.