It is no secret that Automotive makers are racing each other to mass produce the first autonomous car. To achieve fully autonomous driving, cars need to have a variety of sensors to perceive near and far fields of visions in every direction. The sensors include radar, LIDAR, ultrasonic, cameras, and night vision devices. The data collected by these sensors are fed into highly complex System on Chips (SoCs) with compute performance that is equivalent to what only supercomputers could deliver a few years ago. Complex, state of the art algorithms that are increasingly based upon artificial intelligence ensure vehicle, driver, passenger, and pedestrian safety based on factors such as traffic, weather, dangerous conditions, etc.1 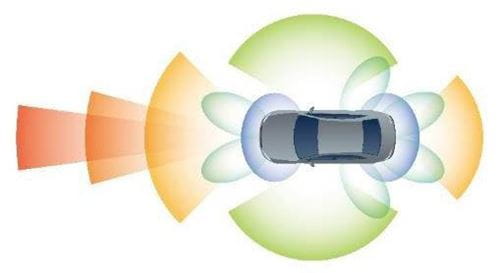 Given the attractiveness of this market, with projected growth from $1.8B in 2015 to $4.8B in 20252, most of the innovation and focus is on the processors and optical semiconductors that could make it possible; however, looking at how autonomous systems work, all four control points in ADAS systems, as defined by McKinsey & Company, are directly affected by memory bandwidth, latency and throughput. The systems include:

Take for example Google autonomous cars that generate about 1 GB/sec. The average U.S. driver drives about 600 hours/year. Thus a typical U.S. driver of an autonomous vehicle could generate about 2 PB/car per year. With millions of cars on the road in the U.S. the total amount of data generated is enormous3. Memory manufacturers, like Micron, are innovating to meet the next generation requirements, but currently there are no memory solutions in existence that can meet the typical 2 PB/car per year demand, further underscoring the important role that memory will play in enabling the next generation of autonomous driving.

Our next automotive blog will unravel the mystery of what is driving memory needs with a deep dive on ADAS camera requirements. Stay tuned for that blog and check out more about Micron’s automotive solutions.