The evolution of data center storage - and what’s next. 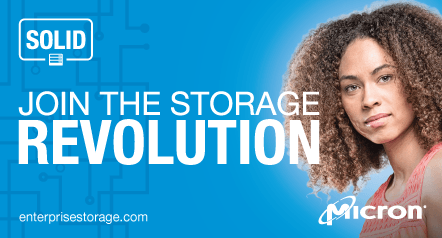 I was thinking the other day about how today’s data center environment has changed over the years and how those changes were influenced by some interesting trends. History has always been a hobby of mine and thinking about the history of technology is especially of interest (maybe because I have lived through so much of it). Anyway, I think one key item of interest in this discussion is how storage technology has changed over the years and along with that change, altered the way we use, deploy and manage storage in the data center. While I am not going to go all the way back to the stone-age of magnetic tape as a primary storage solution – I am not that old – it is interesting to trace how we have moved from tape to spinning media and now to solid-state storage solution.

Looking back, I think that storage has duplicated the track that compute has over the last several decades. Specifically, in the compute space we have moved from centralized (mainframe) to distributed (client/server), back to centralized (virtualization), and back to distributed (web & cloud aware compute).  Storage’s voyage through time has been similar moving between direct-attached media and distributed SAN implementations and back again.

Another interesting observation is how storage hardware and software technology have progressed over time. What I mean by this is that over time the way we implement and interface with storage devices has changed.

For example, the evolution from spinning media to solid state media that has taken place only fairly recently (in many ways wide-spread adoption is still taking place).  In the early days of non-volatile data storage, the spinning media disk drive was developed.  Along with this, early storage interfaces (first parallel then serial) were created to move data physically between the drive and CPU.  Along with each interface there was one or more associated protocols that were developed to manage this data movement.  While there have been many different interfaces and protocols in the early days of data storage, the primary protocols were SCSI and SATA/SAS (AHCI) which were specifically designed for data access with spinning media.

When media transitioned from spinning disks to solid state devices, these two legacy protocols were also used with SSD devices mainly as a compatibility play.  It allowed these newer, faster devices to seamlessly integrate into existing systems.  The challenge was that these protocols and interfaces were too slow.  While SAS and SATA performance increased over time, the protocols have not changed much, preventing us from taking full advantage of SSD.

Over the past couple of years, the interface and protocol have finally caught up to the media technology.  First, PCIe – already integrated into computers as the primary general purpose IO bus for over a decade – is a perfect interface to move data at “CPU speeds”.  Still, these initial PCIe SSD deployments used the slower legacy SCSI protocol.

Only in the last couple of years did we finally get a protocol that could take full advantage of SSD when the NVM Express was introduced.  NVMe was created to allow direct access to the logical block based architecture of SSDs and to do highly-parallel IO enabling SSD to execute more IO threads than any other protocol before.

Today, PCIe supports upwards of 1GB of raw traffic per lane, and a given peripheral can simultaneously use up to 16 lanes at a time.  Today’s PCIe SSDs use 4 lanes, with plans for 8 lanes in the future.

Being that I work for Micron – a leading producer of non-volatile storage products – I am taking a keen interest in what the data center will look like in the future.  I think it is academic that we believe that the data center will move to a solid state and that this transition is inevitable and we believe that NVMe will be the driving technology that gets us there.  NVMe SSD adoption is accelerating at an ever increasing space and Micron is helping to drive this trend with our series of high-performance NVMe products.

If we look at NVMe in the industry, there is a great new evolution of current NVMe technology that will also help accelerate NVMe adoption…NVMe over Fabrics. We at Micron are very excited about this technology and we are working with the NVM Express® trade association to ensure that we are ready for this next revolution. In a future blog post, I will look more in-depth at this new standard and its value to the next-generation data center…stay tuned!