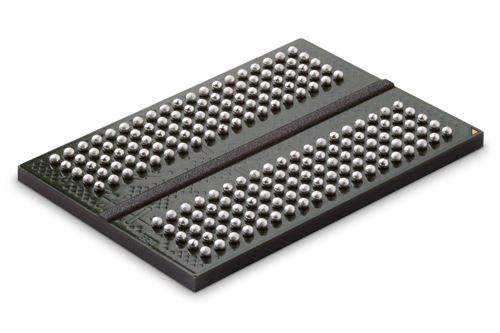 In a September blog post, I mentioned that Micron will be announcing the launch of a new graphics memory in 2016: GDDR5X.  An evolution of the existing GDDR5 specification, GDDR5X was developed with a focus on increased data rates in the range of 10-14Gb/s, essentially doubling the bandwidth of today’s mainstream GDDR5 devices. It’s a product that’s going to offer compelling value and a better end-customer experience across a wide range of graphics sub-segments. We’ve made significant progress on the program since my September update, and I’m excited to share the details with you.

There have been a variety of rumors in the industry about GDDR5X availability timeframes, so I’d like to clear that up from the beginning: Micron’s GDDR5X program is in full swing and first components have already completed manufacturing. We plan to hit mass production this summer. The team at our Graphics DRAM Design Center in Munich, Germany is doing a fantastic job, too. Not only do we have functional devices earlier than expected, these early components are performing at data rates of more than 13Gb/s! Memory components mature as they move through the development and manufacturing process, so to see first silicon performing at nearly full performance specs was a pleasant surprise—these early results are incredibly promising. Our first generation GDDR5X is an 8Gb (1GB) density manufactured on our 20-nanometer process technology.

The JEDEC specification for GDDR5X was published in January. In addition to utilizing a number of proven features from the GDDR5 specification, GDDR5X incorporates a number of new features to meet the demands of next-generation, high-performance graphics systems. With first components becoming available, it is now proven that QDR mode is the path to achieve the industry’s fastest data rate (13Gbps and higher) on a discrete memory device.

Compared to GDDR5, these ultra-high data rates were achieved at an improved power consumption per transmitted bit due to VDD/VDDQ of 1.35V, while not gating maximum speed of the device. We also added features to improve system signal integrity: a new package with reduced ball pitch enables shorter PCB traces, which improves electrical performance.


Proven Technology in the Ecosystem

Meeting the new system data rate requirements in a discrete component assembly is a major advantage for the entire graphics ecosystem. Discrete components keep BOM cost at a competitive level (similar to GDDR5) by allowing the existing manufacturing infrastructure to remain largely the same. GDDR5X also provides flexibility in frame buffer size (by using GDDR5X in either x16 or x32) as well as an opportunity for overclocking by utilizing higher speed bins.

Micron is currently ramping GDDR5X to mass production, and will be announcing sample dates later this spring. We plan to be in full volume production this summer. I also hope to give you an update later this year on performance specifications. Based on the results so far, we believe that GDDR5X has the clear potential to achieve speeds of 14Gbps and potentially beyond.

It’s an exciting year to be involved with Micron’s graphics program. I’m looking forward to the year ahead and the impact I believe GDDR5X will make for end users. Stay tuned for more updates.

Micron is excited about the opportunities that autonomous vehicles bring and the fact that our technology will enable the greatest disruption in transportation since the invention of the combustion engine.
Read more >
+