Back to the Future with SLC NAND

The memory industry is experiencing a resurgence in demand for NAND flash memory. Revenues have reached record levels, exceeding $30 billion in 2014, and are being generated at all levels of NAND technology—single-level cell (SLC), multilevel cell (MLC), and triple-level cell (TLC)—across a broad spectrum of applications, including: 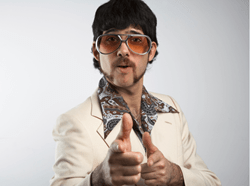 While the industry continues to push 2D NAND lithography to 10nm and below and 3D NAND into new spatial dimensions, a counter-culture is brewing.  Memory suppliers and developers are going retro, reconsidering the use of a legacy technology in new applications where NAND may not have previously been considered.

Returning like a blast from the past, low-density SLC NAND offers an attractive memory storage option for new application markets.  “Connected” devices are no longer restricted to laptops, tablets, and mobile phones; rather, they are branching out into commonplace items once considered “off the grid.”  In the Internet of Things (IoT), wearable shipments are estimated to reach 45-50 million units globally this year, up 125-150% from last year’s 20 million units.  As application storage requirements increase due to bigger code size and new applications demand low-density memory, SLC NAND offers a more affordable price than other lower-density memory solutions in applications requiring less than 4Gb of memory.  Historically such sockets were serviced by NOR, but with increased memory needs, SLC NAND offers a cheaper alternative. Higher capacities and low cost are fueling the growth of new applications/designs with SLC NAND.

The new wave of interconnected objects, projected to reach up to 50 billion devices in 2020, is lavishing entrepreneurs and smaller players with new opportunities.  Along with affordability, SLC NAND solutions such as serial peripheral interface (SPI) NAND offer low pin count for simpler designs and small size for compact form factor schemes previously available only with NOR.  SLC NAND is now available in higher temperature ranges like 105°C.  Micron’s EC2NAND further simplifies designs by offloading error correction management from the host controller with its own built-in error correcting code (ECC).

Along with benefits, interconnectedness can also bring risks, and players entering the IoT market may have little or no expertise in the realm of security.  To protect against hackers and address increasing security concerns, SLC NAND provides on-chip security features like block protection that can defend against malicious code modification.

As a memory provider with a tradition of NAND flash expertise, Micron delivers proven and cost-effective solutions for a range of applications.  Micron is bringing SLC NAND back into fashion, reviving this heirloom technology by calling out those far out features that have new relevance in a world of interconnected things.

SLC NAND has come back to the future–in style and stayin’ alive for many years to come. Are you ready for this?

Join us at Flash Memory Summit this week and participate in the Embedded Applications session on Thursday, Aug. 13, 2015 to hear more about SLC NAND applications and usage from two of our experts. See our SLC NAND page on micron.com for additional resources.

Kristen Hopper is Senior Manager, Managed NAND Design at Micron.  An IEEE Senior Member with >25 years’ global semiconductor industry experience, she received her M.S.E.E. from the University of California at Berkeley and B.S.E.E. with Distinction from Cornell University.

Micron is excited about the opportunities that autonomous vehicles bring and the fact that our technology will enable the greatest disruption in transportation since the invention of the combustion engine.
Read more >
+